A friend mentioned this to me on G+ and it was too good not to share here and hopefully find it's way to more people.

The 5 Day Adoption is a story of a family who literally adopts their daughter in 5 days! The director was interviewing the family the day after they brought their daughter home.

I love adoption, so many of my friends are adopted. I can't imagine what my life would look like apart from the interaction of all those who are adopted.

My cousin.
Many friends.
Some of my teachers.

There are dozens of people in my life who are adopted. I am so grateful that the parents had courageous faith to adopt.

After reviewing the information of this film, I do support it. I hope you will consider visiting the Kickstarter page, watch the video, and support this film by pledging any amount.
Thoughts from Unknown at 12:43 No comments:

Disconnected or Plugged In? 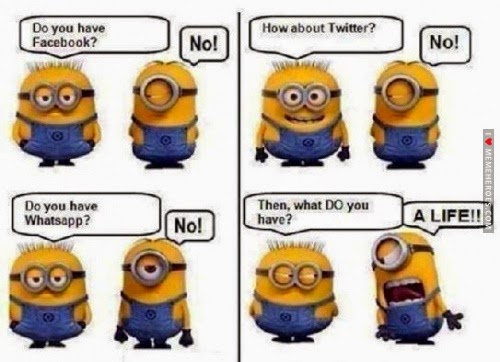 In a desire to be controlled by nothing other than the Lord, I have used this year as a chance to start new habits. Near the end of 2014 there was a short lived fad (I guess it's because it was a convicting one!) of an algorithm that calculated the amount of time you spend on Facebook. Like many, I went ahead and plugged in my info for it, then watched as it computed the results. I don't remember the exact number, but I do remember how shocked I was at the amount of time each day, week, and year that was spent online doing pretty much nothing to impact the world for the gospel. I decided that needed a change. There were a few days I would try to just not look at it as much, but I found that I was quite addicted to it. Because I had so many things I was planning for 2015 I thought that maybe I would set some up to happen in stages, and while for some this is still the plan, it was not going to work for my social media habit.

I have a Mac, her name is Victoria, you'll hear more about her in a later post this year. With the help of a friend, I went into the terminal on Victoria and blocked the sites (Facebook and Twitter) from my computer completely. Now it doesn't matter who tries to get onto those links, my computer can no longer access them. After this I deleted the Facebook app from my phone and the Facebook Messenger app as well.

I have retained my accounts, you can still find my FB and Twitter accounts, but I'm not there. Nor will I be there for a while. At least till the first of 2016, probably not till my 24th birthday. I may *gasp* never come back...because...I feel so much freedom! YAY!

As I have chosen to disconnect from most of my social media and plug into other things, I've found new blocks of time to use. Time for things such as family time. In the first week of the New Year, I began remodeling my bedroom. New Year's Eve I built a furniture fort with my brother. I've spent time out on my farm, enjoying the hiking, and having meals with grandparents and relatives. Time I didn't seem to have before now.

What eats your time? Is it really what you should be spending your time on?

Thoughts from Unknown at 14:24 No comments: